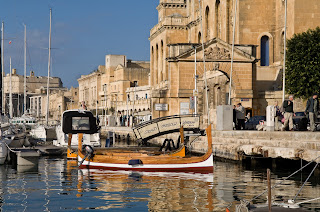 According to a report in the Malta Independent newspaper the number of superyachts using the marina at Grand Harbour in Valetta during the nine months ended in September 2010 has risen by 50% with 152 superyacht visits, compared to 104 in the first three quarters of 2009.
The third quarter of 2010 saw the continuation of a high level of occupancy throughout the Vittoriosa marina operated by Grand Harbour Marina plc, the company said through a directors’ interim statement.
Berthing revenues for the first nine months of this year amounted to €1,118,386, compared to €987,767 in the first nine months of 2009.
Enquiries for superyacht berth sales in Malta remain buoyant, however no agreements have been finalised in the period being reported. The board is cautiously optimistic that progress, while slow, will result in a positive outcome.