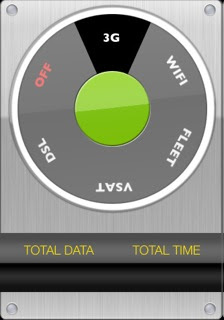 Created especially for the superyacht market, Eve is a new wireless connection manager that allows the managing of multiple Internet connections onboard, both on the port and out at sea.
Marketed as a universal gateway that can be connected anywhere and anytime its interface is accessible from any device equipped with Wi-Fi such as an iPhone, a Pocket PC or a laptop.
All types of Internet connections possible can be connected: ADSL – 3G and Wi-Fi hotspot for connections accessible on the coast or in the port, and VSAT, Fleet Broadband or any other satellite technology when the ship is at sea.
The system allows a great variety of solutions: hotspot, cost control, monitoring of an entire fleet, and voice over IP.
The main advantage it has over others is that it offers all those onboard real Internet connection. Passengers do not have filtered Internet settings limiting their internet use, instead they can use their connection like they normally would, for example being able to access and utilize services such as corporate VPN applications e.g. Skype, msn messenger etc. Everyone aboard the ship, connecting to our terminal, have exactly the same freedom of connection as they have in their own living rooms at home.
Main competitive advantages

Alexander Amrouni, Marketing director of Business Computing says, “EVE has a great competitive advantage as it is based on mobile connectivity and offers a very small possibility that you will be subjected to breakdowns, unlike our competitors offering Windows based PC’s”.