Profiteering from Piracy at Sea 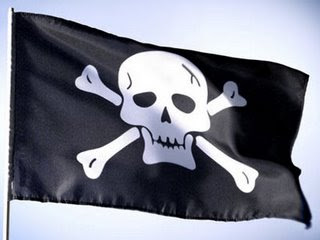 Yet another money making scheme has been announced by a government keen to exploit the distress already caused by Pirates who prey on ships and yachts who are going about their lawful business in the waters off Aden and Somalia.

National custom and immigration services in countries from Egypt to Oman are already preventing the transit of safety and security equipment by personnel travelling through airports to provide protection services to vessels about to transit the pirate infested waters and now the Djibouti Government have implemented a new procedure where anti piracy security teams arriving at Djibouti are now required to register with a Company called Djibouti Maritime Security Services, a government appoint liaison service.

Under a new law passed by the Government earlier this year:

Former Royal Navy Officer Paul Cook, now a Super yacht industry consultant with International Superyacht Management said, “The cynic in me sees this as another money generating initiative by a government not bent on guaranteeing that only credible security companies operate from their waters but are instead ensuring they maximise their profiteering from the Piratical trade.” He added, “I am even aware of security consultants having had their life jackets confiscated by over zealous officials anxious to make a quick buck or look after locally operated firms rather than assist visiting professional anti piracy security teams, these are safety and not security related items.