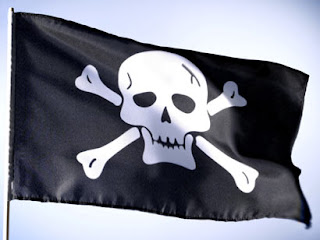 This is a headline under the quirky news section of the Ananova news site. It raises some serious questions not least who are the owners of the luxury yachts and what are they smoking? The article reads:

Wealthy punters pay £3,500 per day to patrol the most dangerous waters in the world hoping to be attacked by raiders.

Passengers, who can pay an extra £5 a day for an AK-47 machine gun and £7 for 100 rounds of ammo, are also protected by a squad of ex special forces troops.

The yachts travel from Djibouti in Somalia to Mombasa in Kenya.

The ships deliberately cruise close to the coast at a speed of just five nautical miles in an attempt to attract the interest of pirates.

“They are worse than the pirates,” said Russian yachtsman Vladimir Mironov. “At least the pirates have the decency to take hostages, these people are just paying to commit murder,” he continued.

Checking on AIS sites I can find no yachts in and around that area and so it could be that whoever translated the article from the original article in the Austrian newspaper could have his wires crossed.