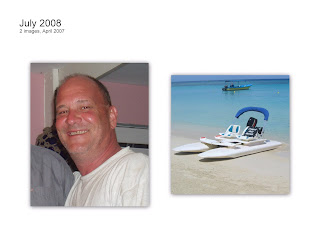 Where is Joe Dunsavage?

The coastguard and government authorities in Central America might have abandoned the search for missing American sailor Joe Dunsavage but his family and friends continue to privately fund a full on air and sea search raising the cash to do so using credit cards and by holding money raising events.

Dunsavage Jr. arrived in Roatan and chartered as many as five planes and two helicopters every day searching for his father spending around US$2,000 every day and yet, found nothing, not even the wreckage of a small boat.